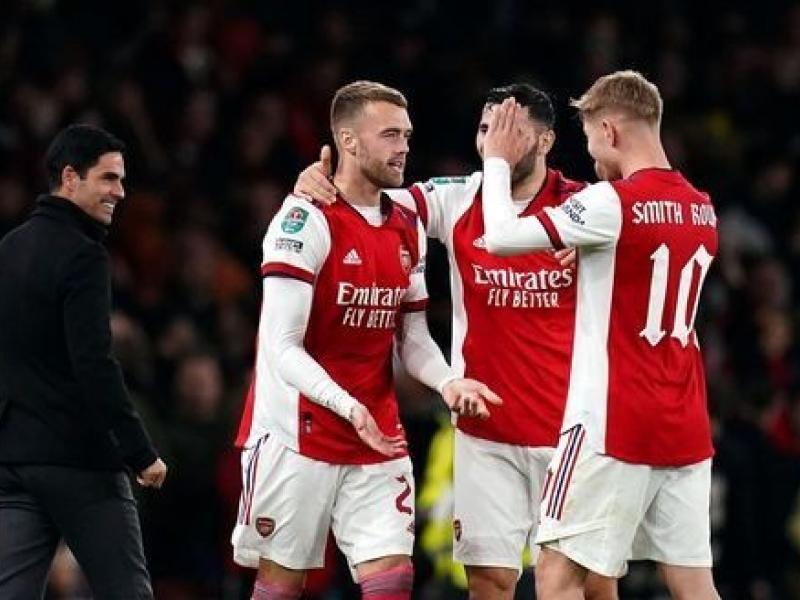 Arsenal have confirmed that they will face Bundesliga 2 side Nuremberg as part of a pre-season training camp at Adidas HQ in Germany.

The showdown will take place on the last day of the Gunners training camp which takes place from 4-8 July at adidas headquarters in Herzogenaurach.

The German camp will start the Gunners’ pre-season outdoor activities and come before facing Everton at M&T Bank in Baltimore on July 16 in Sharm City.

Mikel Arteta’s team will also face Orlando City on July 20, and London rival Chelsea on July 23 in the FC Series.

“I would like to thank adidas for hosting us,” said Arteta. “We are excited to work on the world-class facilities that the campus has to offer.”

“The match against FC Nuremberg will be a good test for us as we look forward to a strong start to pre-season. Combined with our matches in Baltimore, Orlando and the Emirates Cup, this adds to an impressive series of matches that will help us prepare for a great season to come. It’s also a great opportunity for us to connect with our fans around the world, and we look forward to seeing them on the road.”

Here are all the confirmed pre-season friendlies;