The club has confirmed that James Milner has signed a new contract with Liverpool.

The England international is said to have agreed to a salary cut in order to stay with the club he joined in 2015.

Milner has played 289 games, more than any team like him in his career, and scored 26 goals during his time at Anfield so far.

“I am very happy to be staying for another season,” Milner told Liverpoolfc.com. “I have never taken playing for this club for granted and never will.

“The feeling for me – and one very important in the process – was the belief that I could still contribute to the team. The expert was clear in his opinion and that was a huge factor in extending my contract. 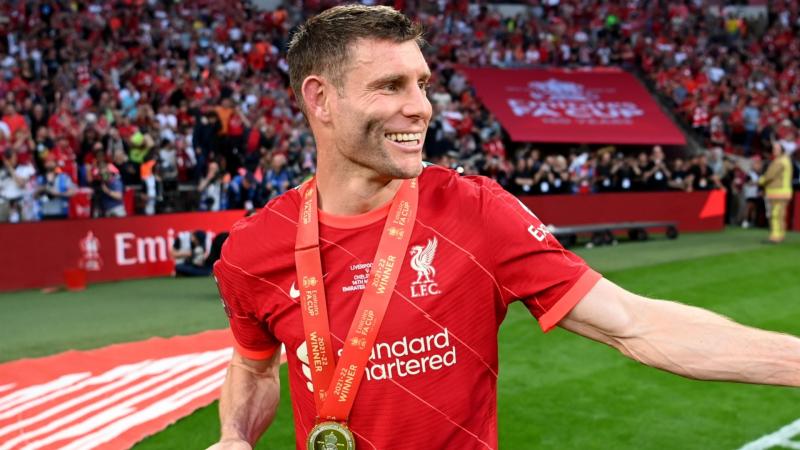 “Ultimately it was a decision I made, with the support of my family, based on the quality of the people at the club; teammates first and foremost, along with the manager and coaches. Plus the brilliant coaching staff, who are the beating heart of AXA. From the Medical Room, Science Sports, equipment department, nutrition, canteen and office staff.All the people who make the team what it is.

“As long as I can still do my part, it’s not an easy thing to walk away from.

“Last season was extraordinary, even though it didn’t have the ending that we hoped it would. But I think it would make us all hungrier for more success, to be honest. I felt that after the rally, that played a part in my decision. Also, it’s a unique club.

“Now that this has been signed, I’m really looking forward to getting back with everyone, refocusing and coming back again. It’s a great dressing room to be a part of.”

During his seven-year stay with Merseyside FC, Milner won the Premier League, the Champions League, the Club World Cup, the European Super Cup and, last season, the Emirates Cup and the Carabao Cup.