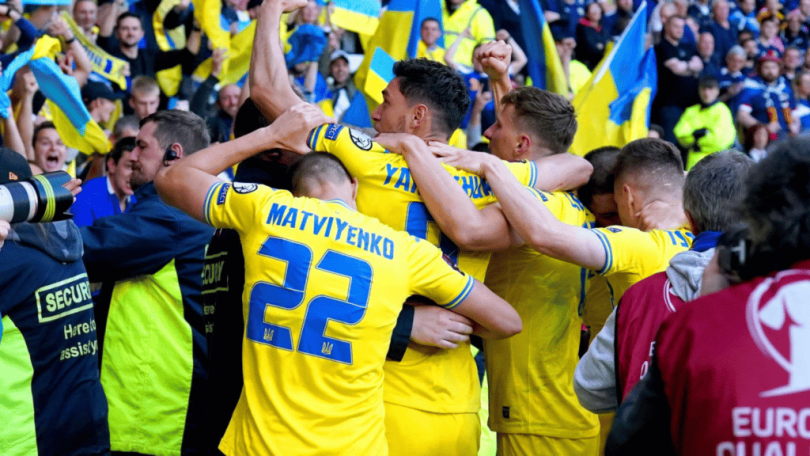 Ukraine returned to football by defeating Scotland in the semi-finals of the qualifiers to arrange a meeting with Wales for a ticket to the 2022 World Cup.

The match was the first competitive match for the Ukrainians since November last year. The game was initially scheduled to be played in March, but Russia was attacked by the neighbour, which effectively turbulent the country and canceled the game.

The break did not seem to affect the Ukrainians, who made the match one-sided. Despite training longer and under more regulated conditions, the Scots were pushed aside and seemed clueless at times.

West Ham United striker Andriy Yarmolenko scored the first goal with a superb header over the goalkeeper, before Roman Yaremchuk scored the goal to double the lead. Callum MacGregor cut the difference for the Scots in half but Artem Duvbek scored in the closing minutes to kill the match.

The victory gave them renewed hope not only in football but in their future as it represented the resolve of the nation as a whole, which had suffered great losses due to the Russian invasion.

The win becomes even more impressive when you look at the conditions the Ukrainians had to deal with before the match. The team had 16 players from the domestic league who had not tasted the game of football for a while. However, the performance betrayed this fact as the team outperformed its hosts.

Ukraine national team manager Oleksandr Petrakov was emotional at his post-match press conference. He hoped the victory would bring relief to a sick nation facing the worst time in its history. “The victory was not for me, nor for the team, but for the whole country,” the coach stated.

He also dedicated his victory in particular to the armed forces now fighting the Russian invaders. It is a decent dedication as a number of sporting personalities have taken up arms alongside the country’s armed forces to fight against the invaders.

The Ukrainians will now turn their attention to the upcoming match against Wales in Cardiff for a chance to play in the World Cup for the first time since 2006.

They will ride on the mood of the nation to the Finals and hope they can slay the dragons from Wales who will surely come with bellies full of fire as they strive to make their World Cup debut in more than five decades.