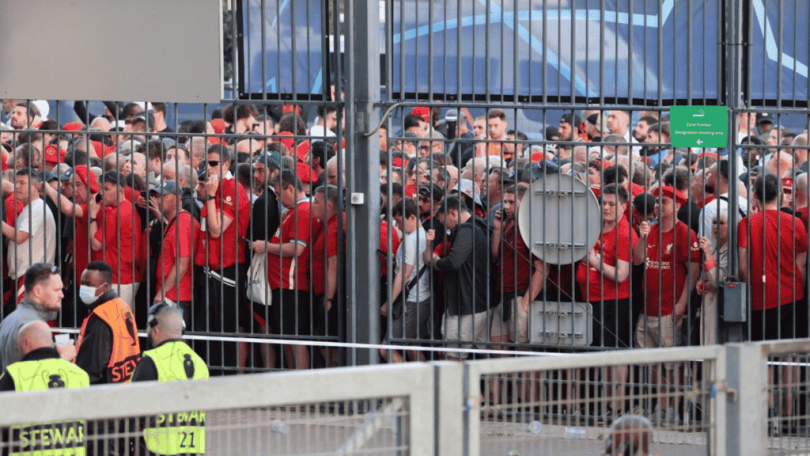 It’s been exactly a week since the UEFA Champions League final but there is still a lot of talk about preparing for the occasion. The big match between Real Madrid and Liverpool provided a lot of excitement on the field, as Vinicius Junior scored the most important goal that awarded the Spanish giants 14 titles.

However, there was drama off the field, too. The match was played at the Stade de France in France, and the match was delayed by more than half an hour from the original starting period.

It was an ugly sight seeing fans shoving and it was fortunate to see that the scramble didn’t support. This has not gone down well with fans of both clubs, who have now requested a thorough investigation into the unfortunate events.

French authorities and UEFA have blamed fake tickets and delays in arriving at chaotic scenes outside the stadium. It escalated to the point where police had to use tear gas and pepper spray on some fans. To make matters worse, there are further allegations that some supporters have been targeted by local gangs.

Liverpool star Joel Matip was one of many players devastated, as his family had to flee for their safety amid all the turmoil.

The European Union issues an apology to Liverpool and Real Madrid

“No football fan should be put in this situation, and it should not happen again,” a statement from UEFA read.

“UEFA would like to sincerely apologize to all spectators who have experienced or witnessed frightening and disturbing events in preparation for the UEFA Champions League Final at the Stade de France on 28 May 2022 in Paris, on a night that was meant to be a celebration of European football clubs “.

French President Emmanuel Macron also expressed his dissatisfaction with the events and demanded compensation for the affected fans while an investigation is being conducted into the matter.

Macron said: “I have an idea for the families who were paid, who did not have access to the seats they paid for.

“I have asked the government to explain what happened and to define and explain the responsibilities in detail to our citizens, the British and the Spaniards.”

UEFA also announced that it will continue to look into the case and eventually issue an independent review of what happened in the run-up to the game. This review will be led by Portuguese politician Brandao Rodriguez. It will be interesting to see the outcome of the review and what measures will be taken next.