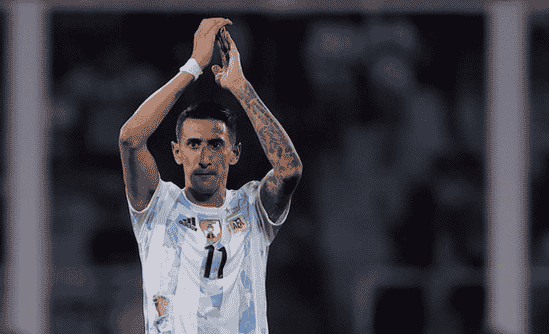 Following recent reports, Barcelona, ​​in desperate need of a winger, is expected to make a move on Angel Di Maria.

With Ousmane Dembele set to leave this summer, and the price of their first-chosen Raphinha seemingly unlikely, Di Maria looks set to be their quiet landing.

Reportedly, the club has set its sights on Angel Di Maria. The Argentine’s contract with PSG has expired and he is now a free agent, but it will be curious to know if he still joins Barcelona even with his ties to Real Madrid.

The 34-year-old starred in Argentina’s 3-0 win over Italy in the final. He scored with a superb strike that left his former teammate Donnarumma helpless. Reminding everyone and its variety of its universal quality. According to European reports, his performance in the game put the major European clubs on alert, most recently Barcelona.

The Argentine has been linked to the club for some time now, and was once announced as a new signing even though it was discovered as a system glitch on the club’s website carried out by hackers. There is also an anecdote that while Lionel Messi was at Barcelona, ​​Di Maria wanted to replace Neymar, but for whatever reason, the deal fell through and the club switched to Dembele and Coutinho.

However, he has since been quietly associated with the club until Lionel Messi joined himself and Neymar at PSG. He joined the Paris giants after one sad year with Manchester United where he joined for £50m but was sold for £10m less to Paris. He also put together killer attack combos with the likes of Mauro Icardi, Edinson Cavani, Ezequiel Lavezzi and Kylian Mbappe.

Angel Di Maria has shown throughout his career that he is a man suitable for big occasions, and signing him for Barcelona could be a huge blow given the quality he possesses and the fact that he will come for free.

The 34-year-old’s move to Catalonia is sure to enhance and add more experience to the team’s attack as he brings with him league experience coupled with vast experience at the highest level in football. Everything points to his success at the club, but some news agencies in Spain have reported that Laporta is concerned about his commercial viability and longevity.