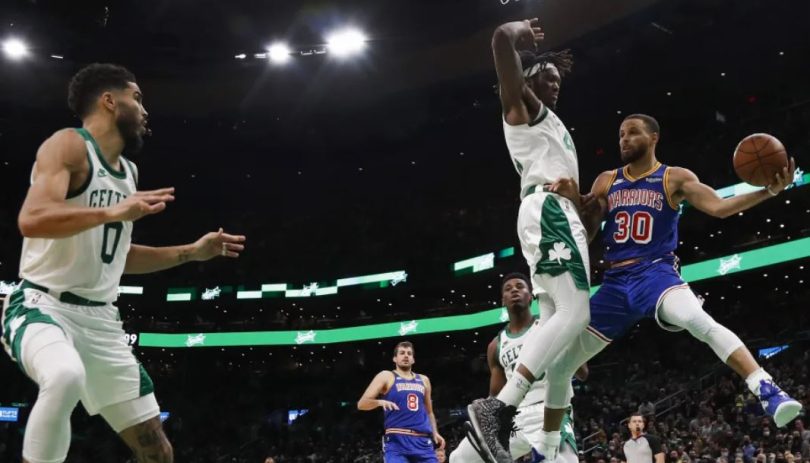 The Golden State Warriors are back in the NBA Finals after a two-year hiatus. They’ll have a new partner on the Tournament Tour, welcoming Eastern Conference champion Boston Celtics to San Francisco for Game 1.

This is the first-ever final at Golden State’s three-year-old digs. The Dubs have won every home game at Chase Center, and they’d like to continue that Thursday night.

The Warriors and Celtics split the regular season series, 1-1.

Golden State won the first game in mid-December, 111-107, as rookie Moses Moody started in the absence of both Thompson and Paul. Curry and Wiggins combined for 57 points in 41 shots. Likewise, Boston’s Romeo Langford started without Horford or Grant Williams in the squad. Tatum and Brown combined for 47 points in 35 shots in a rotation that was still in progress before the trade deadline.

Boston won Game Two in mid-March 110-88. Curry sustained an ankle injury 20 minutes into the match, when Smart Dove hit the ball at his feet. The play struck a chord with Warriors coach Steve Kerr, who described it as a “dangerous play”. Tatum and Brown collected 52 points from 37 shots in the victory. Paul and Thompson scored a total of 47 points from 44 shots in the defeat. The road team won both meetings.

In a limited sample size of two games that has the winning team advancing 20 points each time:

• Boston retained a slight percentage advantage in rebounding defensively (75.2%-73.5%) and offensively (26.5%-24.8%), although Golden State still managed to outperform the Celtics in second-chance points, 22-21.

• Boston fired 80.6% of 31 field attempts over the edge and scored 78 points in the paint. Golden State shot 73.9% on 23 field shots in the restricted area and scored 64 points in paint. The Celtics also produced 37 free throw attempts from the field shootouts inside the 3-point line to the 20 Warriors’.