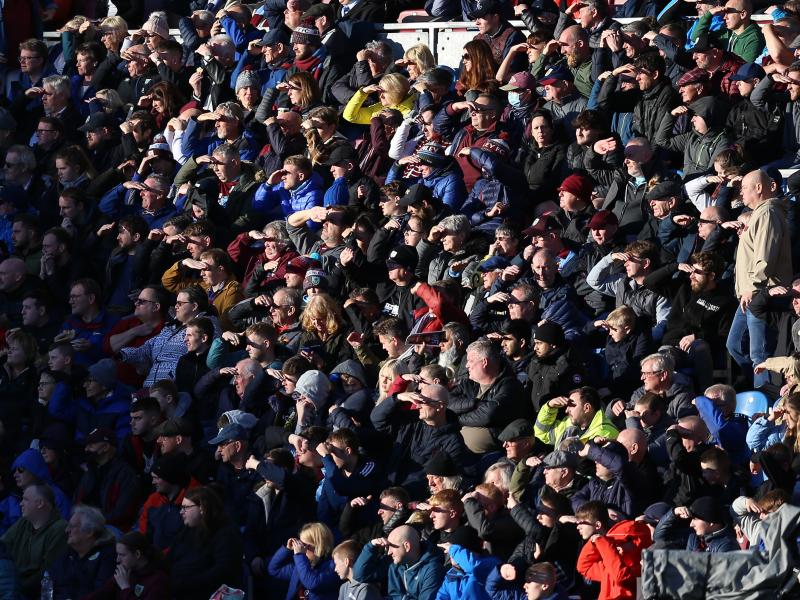 More than a dozen football fans have been banned for their role in the tumultuous events that occurred during Burnley’s match against Arsenal in September.

Plastic bottles and wooden benches were thrown between the two groups of fans after Martin Odegaard scored the match-winning goal for Arsenal.

Backers reported no injuries, however a host was injured. After a public plea for information, a number of fans were identified.

Thirteen Burnley fans were banned from Turf Moor stadium between February 22 and May 17, while another were fined and two underage youths given community penalties.

BC Dan Fish, of Burnley Police, said: “The chaos between competing fans was totally unacceptable and should have no place in football. No one was seriously injured except through good fortune.”

A statement from Burnley read: “We know that the vast majority of our fans act responsibly and the credit goes to the club and city they represent.

“However, the behavior of a few individuals in the home match against Arsenal in September last year, was shocking and shameful and has absolutely no place at Turf Moor or in the community. As a result, 16 individuals have been identified for their role in the disturbance, 13 of them received football bans and were subsequently banned for life from entering Turf Moor.

“This kind of behavior will never be acceptable and anyone who acts in this way is not a supporter of the club and should not expect impunity. We cannot stress enough that anyone who engages in any unacceptable behavior at our stadium will be dealt with to the fullest extent possible. packages.

“We will continue to work with the match day safety team, Lancashire Police and other stakeholders, to ensure that such behavior is dealt with appropriately, and that supporting Burnley Football Club, at home and abroad, remains an inclusive, welcoming and safe environment.”

The search for any Arsenal fan involved in the incidents continues.