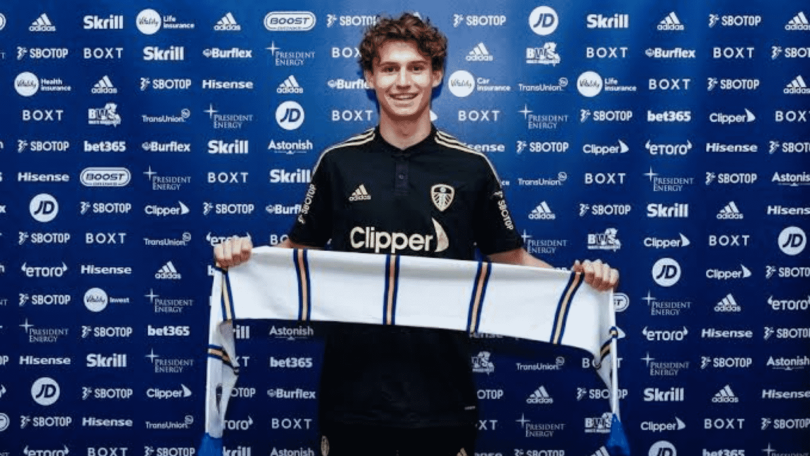 The 21-year-old had a professional career, playing for three different clubs in the USA and Austria. His latest adventure takes him to England, where he will line up under Jesse Marsh, the former Red Bull Salzburg coach who worked with him before.

It is Leeds’ first signing after their impressive performance on the final day that saw them confirm their status in the Premier League. The club is preparing to lose a few players including lawman Ravenha and Jack Harrison. Daniel James is likely on his way out, having failed to make an impact since moving to Elland Road from Old Trafford two seasons ago.

Head coach Marsh, who succeeded Marcelo Bielsa in February and is preparing for a full season for the first time as manager of the Premier League, told the club’s website after announcing Aaronson’s signing: “Brenden is an incredibly hardworking worker and we are delighted to welcome him to the club.

“He adapts very well to tactical ideas and levels of play and his mentality is to do whatever it takes to help the team succeed. I know he will fit perfectly here with our players and club with that mentality.”

Aaronson was happy to be reunited with Marsh

Aaronson also expressed his delight at meeting Marsh, with whom he worked for a few months before being pitched for the role of RB Salzburg.

“With half a year playing under him, he taught me a lot. He taught me how to get into the last third to score goals and get assists, so that is something I am looking to achieve here.

“I’ve heard what the fans love about the players here and I feel I can be one of those guys. I’m a hard worker, I have that creative side to me and I think this Leeds recipe fits any player.

“The way Jesse wants to play, I’ve learned a lot about the system and thrived under that system, so I’m really excited to be back in it again.”