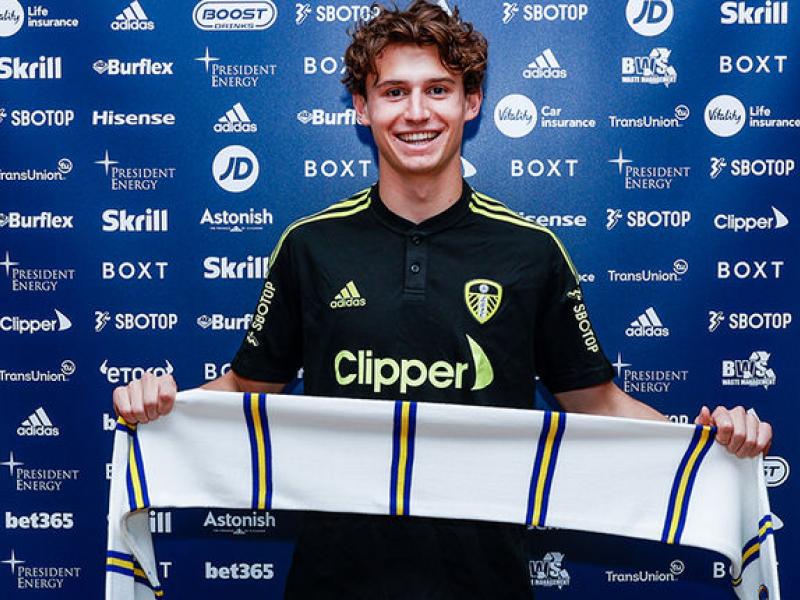 Leeds United have reached an agreement with RB Salzburg to sign Brenden Aaronson.

The 21-year-old will join the English club for an undisclosed fee on a five-year contract, running until the summer of 2027, although the deal will be completed on July 1, 2022.

Aronson played 41 games in all Salzburg competitions last season, provided 10 assists and scored six goals, as the club won the Austrian League and Austrian Cup for the second consecutive season.

The United States international, the attacking midfielder has played 18 caps for his country, scored five goals, and recently helped them secure qualification for the 2022 FIFA World Cup.

Aaronson started at Philadelphia Union in 2019, before moving to Austria in January 2021.

He is expected to join the US national team in its matches against Morocco, Uruguay, Grenada and El Salvador.