Home » Sunderland promoted to the Championship 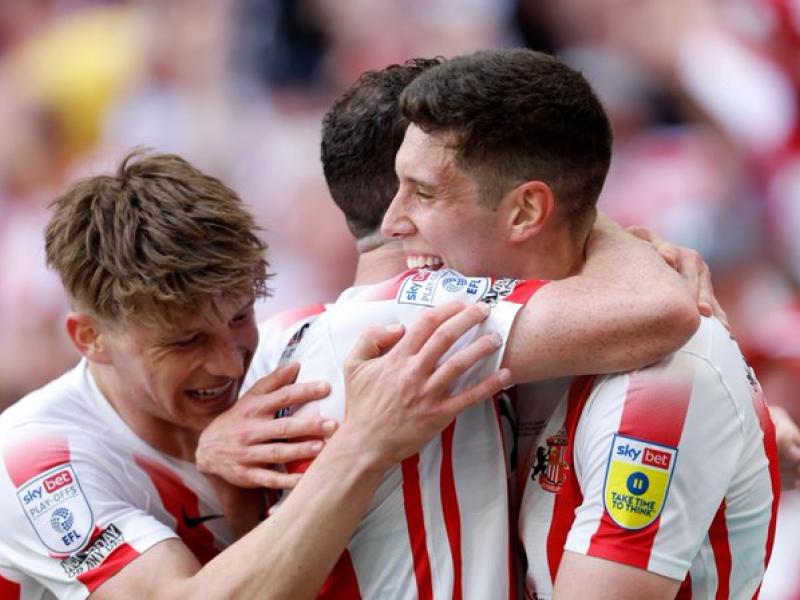 Goals Elliott Embleton and Ross Stewart have made magic for Sunderland who have been in the league for the past four seasons.

1 – Since Alex Neal took charge of his first game for Sunderland, the Black Cats have lost only one game out of 18, while the Scot has achieved a promotion through playoffs for the third time in his coaching career (also Hamilton at 13-14 and Norwich 14-15 ). talent. pic.twitter.com/2nzxwNcHjZ

Embleton gave them the lead in the 12th minute after firing from outside the area before giving Stewart’s 26th goal of the season – his fifth against Wycombe – Sunderland 11 minutes from the end of the match; The Black Cats will now join England’s second tier Wigan and Rotherham next season.

Sunderland won their first ever Final since the formula was introduced in 1987.

The Black Cats are back in the championship for the first time since the 2017/18 season. pic.twitter.com/GzqA3GUy5C

Veteran striker Adebayo Akinfenwa joined Wycombe for the last game of his career, but the 40-year-old was unable to turn the score around.