Home » Who Says Yes And No? 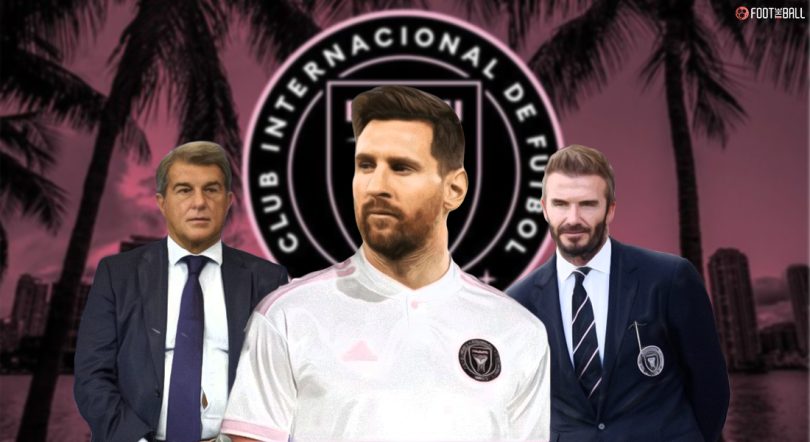 Lionel Messi had a unique season from 2021-22. The great Argentine star moved away from his homeland nearly two decades ago and started again with Paris Saint-Germain. The Parisians won the Ligue 1 title, but Messi was under scrutiny. His rather poor scoring form was replaced by 13 assists. However, there has been furious speculation about Messi’s long and short term future.

Read also: Lionel Messi is one of the most decorated soccer players of all time. Here’s the rest

Carlos Tevez talks about his vision of two versions of Lionel Messi: “One when he is with PSG and the other when he comes to the Argentina national team.”

Tevez adds that he sees Messi happier with Argentina and that he is “half” with PSG. this across @canal9oficial. pic.twitter.com/5YmkSnSQzQ

The disastrous collapse in the Champions League did not help matters. For the first time in many years, there was a feeling that Messi was being carried by his teammates. However, his future remains uncertain.

Messi himself has said that he will reassess his future after the FIFA World Cup in Qatar. Therefore, one can assume that he will leave PSG in 2023. But where then? Messi’s father recently commented that he hopes Messi will return to Barcelona one day. However, another possible destination has been cited.

It is reported that Lionel Messi will join Inter Miami in 2023 and take a 35% stake in MLS club, per Tweet embed.

“Leo has not decided his future yet,” says Messi’s camp.

But if true, that would be about $225 million based on the current valuation of the club… and huge for MLS. pic.twitter.com/z7Hoh8olAU

Inter Miami, owned by David Beckham, is said to be seriously interested in bringing Messi to MLS. Furthermore, Messi is also set to acquire 35% of the ownership stake in Inter Miami. Regardless of whether it pays off or not, Messi for MLS is an interesting concept.

Although Messi’s camp has Strongly denied the rumors That no destination is fixed, it’s still an idea worth impressing.

Major League Soccer is growing as a popular destination for the European elite. David Beckham and Terry Henry were some of the most popular names in the early days. Since then, the league has been honored by Zlatan Ibrahimovic, Javier Hernandez, Carlos Vela and many others. In fact, Giorgio Chiellini is about to join MLS while Lorenzo Insigne has already signed with Toronto FC.

Los Angeles FC have confirmed Giorgio Chiellini their official proposal to sign him on a free transfer – and they are now awaiting the final green light from Chiellini. 🇺🇸 # smooth

The Italian full-back is available on a free transfer and he also received another proposal a few days ago.

Therefore, Messi’s move to Inter Miami would not be a big shock. If so, then Inter Miami, Beckham’s player, has the best chance of beating Messi. Beckham is one of the most intelligent footballers turned businessmen of international fame.

His image and reputation precede him and since Beckham has already played for PSG, there is some influence there. Messi and Inter Miami will raise the profile of everyone involved in the whole process.

What happened to all the ‘new Lionel Messi’? explore here

Crowds will swell, MLS will become a more attractive option, and the club’s rating will swell upwards. Messi will be around 36 years old by the time he joins Inter Milan, but given his prowess over the years, he should be doing well.

Moreover, he will also earn a large amount of money, being the most famous player in the league.

There is no doubt that Lionel Messi still has a lot to offer on the European stage. Even if he leaves PSG in 2023, Messi will have no shortage of options. Manchester City, who were very interested in signing him, could go.

However, the most likely option would be Messi’s return to Barcelona. There have been talks about Messi joining the Blaugrana as an executive at some point in the future.

Before that, he may have another chapter left on the pitch. Barcelona are not averse to signing veterans as they have shown in the recent past. Gerard Pique and Sergio Busquets are still going strong. They signed Pierre-Emerick Aubameyang and Dani Alves in 2022. And now, they’re linked with an exciting move for 34-year-old Robert Lewandowski.

Despite the interest of PSG and Chelsea since last summer, Robert Lewandowski’s priority is just Barcelona as it stands. 🔴🇵🇱 #F.C.B

His agent Xavi is prioritizing Barcelona as well, a three-year deal already on the table – but still waiting to be discussed by the clubs. pic.twitter.com/bndHYtZcAD

So, three up front from Messi, Lewandowski and Ansu Fati will be perplexing to watch. Joan Laporta had his difficult moments with Messi during the latter’s departure in 2021. However, he will be more than just welcoming the greatest player in the club’s history wishing to return.

Inter Miami and Messi could materialize, but wearing Barcelona’s colors would make the Collers go crazy.

Lionel Messi to Inter Miami is an attractive idea. Lionel Messi to Barcelona a great wish. Having David Beckham adds an interesting wrinkle. There was talk of Beckham forming a “super team” with Inter Miami and Messi could be the first addition.