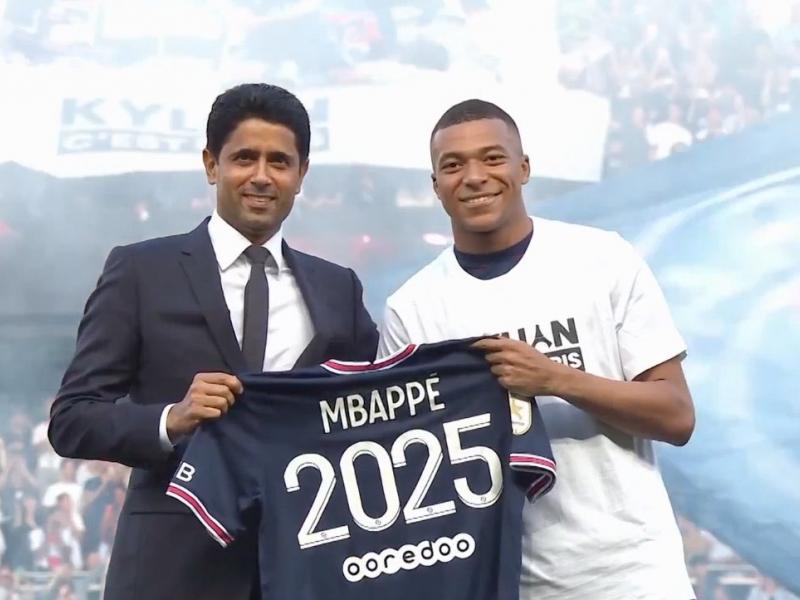 Kylian Mbappe decided to stay with Paris Saint-Germain, after he refused the opportunity to sign for Real Madrid, and sign a new contract with the French Ligue 1 team.

Mbappe’s contract with PSG was due to expire this summer, and he was expected to leave for Real Madrid instead.

Last summer, the Spanish club offered Paris Saint-Germain a huge transfer price in order to prevent him from being convinced to stay or move to another team.

Paris Saint-Germain refused and chose to do everything possible to persuade him to stay, although it seemed more difficult during the season, especially when Los Blancos knocked them out of the Champions League and received a warm welcome from the Real fans.

The World Cup winner has only been at Paris Saint-Germain since 2017, but he already boasts a staggering 168 goals tally – just 23 ahead of Edinson Cavani on the all-time top scorer for the French giants.

During his time in Paris, he won four Ligue 1 titles and three Coupe de France titles, as well as being crowned FFP First Division Player of the Year for 2021/22.