Home » What Is ‘Project Red Card’ And The Implications It Could Have? 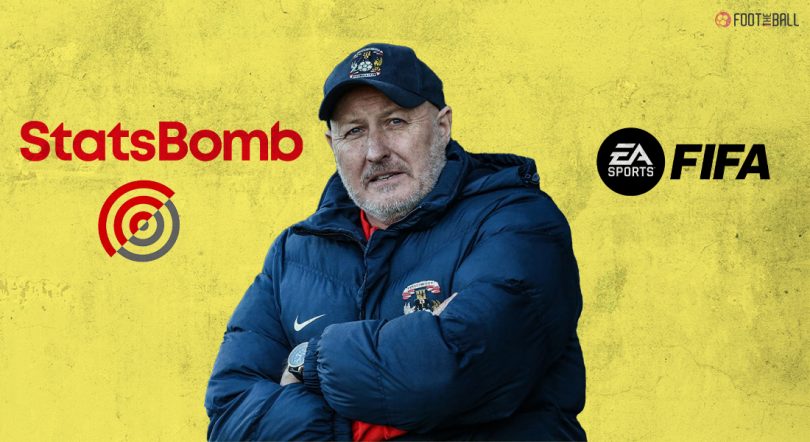 Data analytics has become an integral part of the sport in the past decade or so. As technology around sports evolves, so do the questions about it. One such petition that aims to protect players from major players collecting player data is called the “Project Red Card”.

In 2021, the petition gained momentum. Finally in 2022, he is due to stand trial in court as a class action. Now it has become a subject of great controversy in European football. Player data often provides clubs with information that can drastically change a player’s performance. Thus, in the modern game, data collection and processing is critical for clubs to gain an advantage.

Football is increasingly focused on data. Performance data, medical data, tracking data, financial data, etc. But who owns this data? Do players have the right to that? Today we look at Project Red Card and look at the future of data ownership in football…
🎧https://t.co/v3IU2N1YkZ pic.twitter.com/9DwYps9u6R

We’re here to tell you everything you need to know about the Project Red Card. How collecting and analyzing player data could forever change every sport, not just football.

What is the “red card of the project”?

in 2020 under the direction of Russell Slade, his organization Global Mathematical Data Set and Technology (GSDT) Launched the “Red Card Project”.

The initiative is looking to take legal action on behalf of footballers against betting sites, video game developers and data processing companies. The prosecution stated that these third-party companies provided personal, tracking, and performance data to players without consent or compensation. The project was created to help players recover lost income going back to the past six years. This is the maximum limit under UK statute of limitations.

Player performance data can be classified under the ‘Project Red Card’ under UK and EU data protection laws as Personal Data. This data that is used for financial gain by third parties without the players’ consent is illegal and violates the players’ privacy.

This claim is based on the General Data Protection Regulation (GDPR) that was introduced in 2018.

The project has taken a conscious stand against illegal data collection and processing. Especially by bookmakers and fantasy leagues that use player data to predict game performance or odds. They will bear financial fines for crimes.

Why is collecting player data a problem?

There are 4 main legal issues identified by the Project Red Card in relation to the collection and processing of player data, which are as follows:

Lack of transparency and fairness

Under the General Data Protection Regulation (GDPR), data collection and processing entities are required to process the information they acquire in a transparent and fair manner.

The upcoming Sky Sports was pleased to explain the project’s red card and misuse of data about football.

Thanks to Geraint Hughes for the interview. https://t.co/1GEKxqkeCz

The claim states that players were never told how their data was being used. This is evident in the absence of transparency and fairness.

The GDPR allows data to be collected and processed in a lawful way, which means that players’ consent is needed. Especially before companies look to use their “personal data”. Furthermore, it was emphasized that players’ consent should be taken with a distinct consent form in clear and easy language.

It appears that these entities have included the consent clause as just another clause in the main contract that players sign. Thus, the player’s consent is not taken in a legal and clear way, under the GDPR this is an enforceable crime.

Data related to an individual’s medical/biological functions is given additional protection under the GDPR, and is considered sensitive data that should remain private only to players and clubs.

But that doesn’t seem to be the case because some metrics like distance traveled, speed, energy expenditure, etc. are readily available and some are part of broadcast matches.

According to the GDPR, companies cannot use the profile data of individuals. However, betting companies, video game developers, etc. create entire profiles of players based on the data they have collected without the players’ consent.

Player profiles are created by these entities by collecting and processing medical data. Moreover, it was done without consent which is very worrying for the players. It appears to promote toxic nature and fan judgement.

Video game developers, betting companies, and fantasy sports game providers rely heavily on the body of player data that these companies rely on for their services and products. While these companies state that they legally collected the data, they still leave the possibility of huge compensation needing to be paid to players as their data has been processed without consent. It was also not explained why and how their data was used, which is another legal issue for the above companies.

But this lawsuit opened a Pandora’s box that is all about player image rights and ownership of player data. If players end up winning this legal battle, they will be informed regularly of when, how and why their data is being used.

If the claim is recognized by the governing bodies in the courts, players will be paid substantial compensation by any entity that has unlawfully used their data.

The “Project Red Card” will prove pivotal because the lawsuit deals with cases that have not been examined. Especially the issues surrounding player data ownership, this will also go deeper into players’ privacy laws.

Who owns player data including biometrics remains a largely unknown frontier in the world of sports betting Tweet embed https://t.co/BCzEfkmzph

Football has always sought to take advantage of player data to improve players’ performance. Thus the importance of this lawsuit should not be underestimated.

Now that Project Red Card has begun litigation on this very topic, we can see new licensing laws around the use and collection of player data. Hopefully, soon after the lawsuit, even after the compensation is paid in full. The situation is very similar to what happened in FIFA, the video game that England faced. A few years ago, FIFA saw the introduction of new licenses to use image rights.