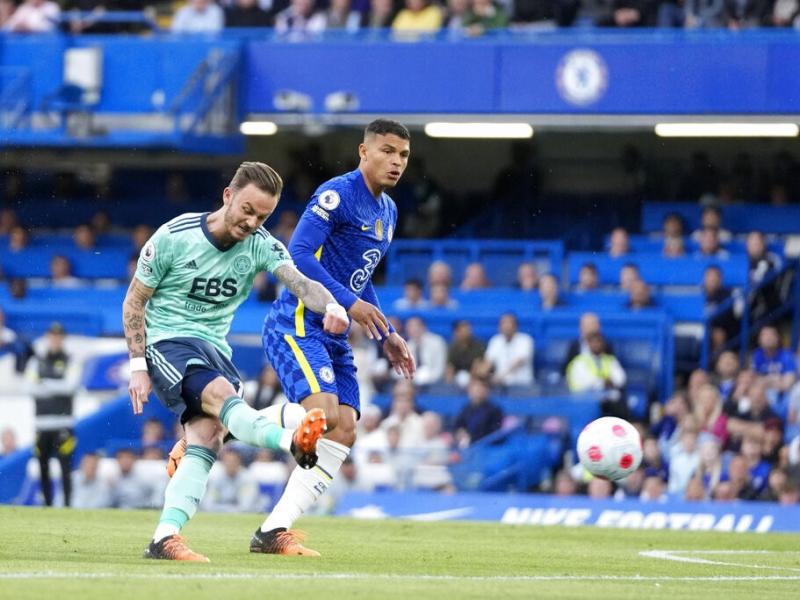 Chelsea dropped more points at Stamford Bridge after their 1-1 draw with Leicester City on Thursday night.

James Madison opened the scoring for the visitors before Marcos Alonso realized the score. Chelsea had 19 shots, but managed to take only one. Thomas Tuchel came off the bench heartbroken when the full-time whistle blew.

Leicester were in front after six minutes of play through James Maddison whose shot was accurate and fast. Having lost the ball in the back, Madison grabbed the ball, using Thiago Silva as a snare, before bending a massive effort around the Brazilian’s tire.

Defensively weak from Chelsea, and very passive – but the credit goes to the Leicester midfielder.

Marcos Alonso scored the equalizer for the Blues in the 34th minute and it was his fourth goal this season. Rhys James delivered a superb shot from right to left as both full-backs combined to restore parity at Stamford Bridge.