Home » Tuchel: Andreas Christensen has withdrawn from other games 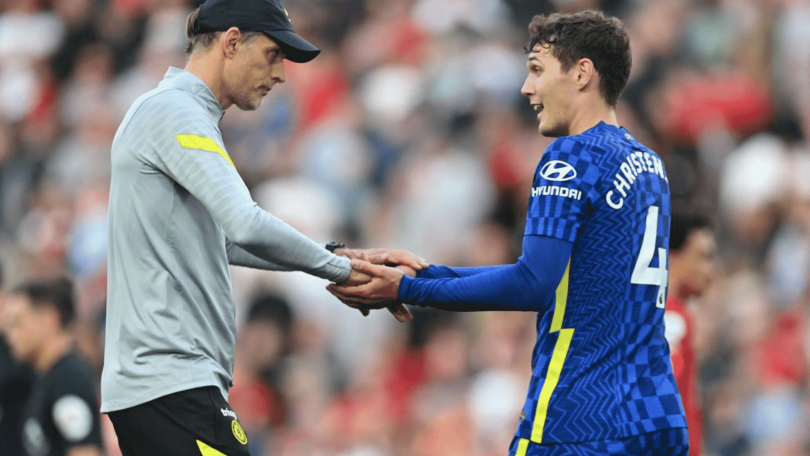 Chelsea coach Thomas Tuchel said in his press conference before the Premier League final, that Andreas Christensen’s withdrawal from the FA Cup final was not his first time.

It was revealed on Wednesday that the Danish centre-back chose not to play for Chelsea against Liverpool in the FA Cup Final at Wembley. Director Tuchel confirmed the reports, while also saying it wasn’t the first time he had done so.

“He had his reasons,” replied the German when asked why Christensen would make himself unavailable for such an important match. “It remains private and confidential.”

Then Tuchel added: “But it wasn’t the first time. As you can see over the past weeks, we’ve had some of the same situations that lead to him not playing regularly. We thought we were in good progress and a good development because he played really well in the semi-final against Leeds.

“But the conversation took place and we have to respect it and we, of course, respected it and he has our support.”

Chelsea host Leicester City on Thursday at Stamford Bridge, where they play in third place after succumbing in their last two Premier League matches.

Asked if Christensen, 26, would play his last game for the club against the Foxes or against Watford at the weekend in their final, Tuchel said: “It was a very short notice before the cup final, and not only this game, but other matches. The other weeks. There’s no chance I have any predictions for tomorrow or the weekend.”

Chelsea are facing a small crisis as three of their key defenders are set to leave the squad at the end of the season. Antonio Rudiger and Christensen are set to be El Clasico contenders starting next season after having played alongside each other for four seasons. The German closed his move to Real Madrid earlier in May, which will become official once the season is over.

Christensen’s move to Barcelona will also be official when the season ends, but the Blues are unsure if captain Cesar Azpilicueta will move with Christensen to the Camp Nou in the summer.

The Catalan giant has held discussions with the Spain international, but the details of the transfer are not clear, even to Chelsea. Tuchel was also asked about Azpilicueta’s departure at the press conference. He answered: I very much hope, he knows this, he knows it. We are still in talks to find out the optimal solution.”