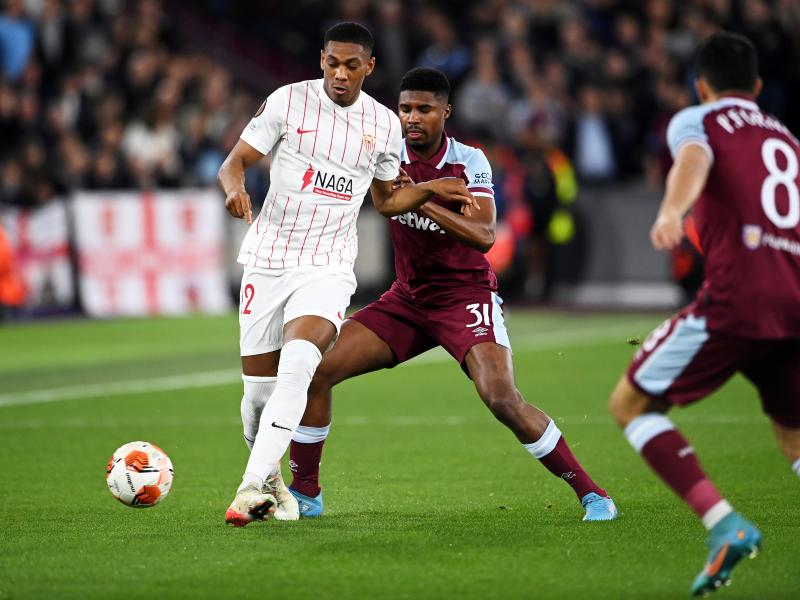 The Spanish newspaper “AS” revealed that striker Anthony Martial was suffering from an injury in recent weeks with Sevilla.

The French player missed the 1-1 draw with Atletico Madrid during their last two matches as they confirmed their place in the Champions League. According to the newspaper, the Frenchman missed the match due to an injury and is unlikely to remain at the club after the loan deal.

Martial joined Sevilla in January to increase his chances of playing for the French national team, but nothing worked out as he expected. AS issued a headline over the weekend calling Martial a “disaster,” which titled an important piece about the striker’s disappointing loan spell.

The Sevilla French striker is injured again and misses Atletico: this is the third time since his arrival in January. The newspaper pointed out that his signature turned out to be a disaster.”

Martial had only come back from injury a week ago to face Mallorca, but some muscle discomfort led to his withdrawal from the big match against Atleti. After scoring one goal in 12 matches, Sevilla is unlikely to sign the player permanently because his wages exceed his budget.

It remains to be seen if new United player Erik ten Hag will give the player a lifeline but a transfer in the summer looks unlikely.