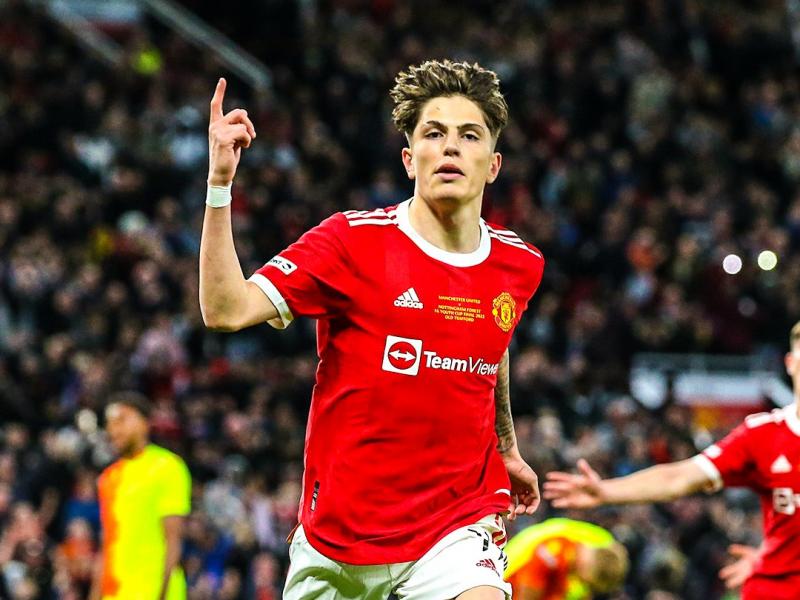 Manchester United youngster Alejandro Garnacho is expected to offer a new long-term deal as a result of his performances in the 2021-22 season.

This season, the 17-year-old has shone at the under-18 and under-23 levels, scoring two late goals to help the Red Devils win the FA Youth Cup by beating Nottingham Forest 3-1 on Wednesday night.

Meanwhile, Garnacho has been working with the first team in recent weeks, making his Premier League debut with the 20-times England champions against Chelsea at the end of April.

Garnacho’s current contract at Old Trafford is set to expire in June 2023, but the Daily Mail reports he is ready for a new long-term deal at Manchester.