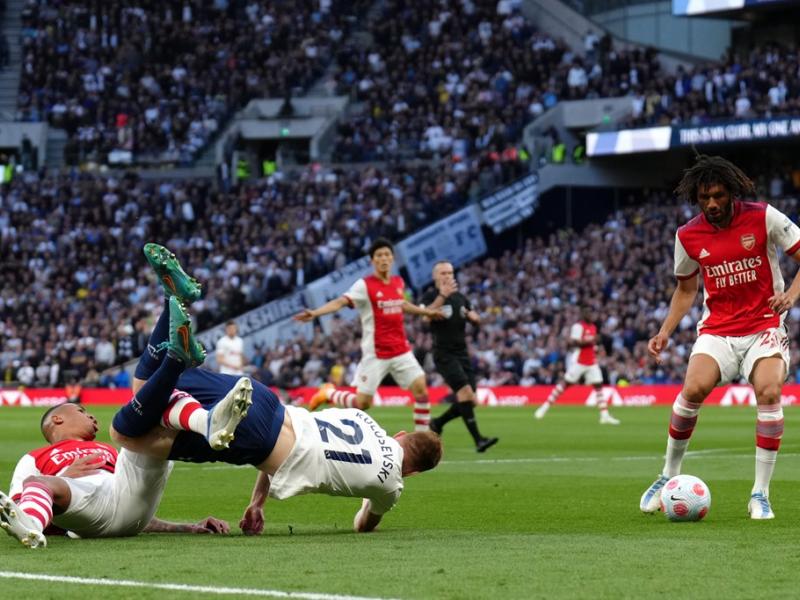 Tottenham scored a 3-0 victory over Arsenal in the north London derby, which was held at the Tottenham Hotspur Stadium on Thursday.

In the 21st minute, Tottenham got what appeared to be an easy penalty kick. Kulusevsky turned to his left and hit the ball to the back post from deep, and with Sessegnon and Son trying to get to it, Cedric was a bit clumsy as he looked to nurture the latter off the ball. The South Korean fell, and Tierney pointed straight at the spot.

Harry Kane went up and did nothing wrong, sending Aaron Ramsdale to the wrong side and Spurs advanced.

The Gunners were then reduced to ten men as Hold was sent in after receiving a second yellow card for a foul on Son.

He was completely reckless of the Arsenal man. His colleagues argue his case, as you’d expect, but they can have no complaints.

Kane doubled Tottenham’s lead and scored his second goal after a header from a corner kick.

Sesson played it inside the penalty area and Kane did a good job blocking Gabriel, who was left on the ground but did just enough to keep the ball off the hemisphere. He only got to Son, and with three Arsenal defenders sucking towards him and Ramsdell in no-man’s land from the initial pass, he buried it in the far corner.

Tottenham made the difference to the top four with only one point and a goal difference much better than Arsenal.