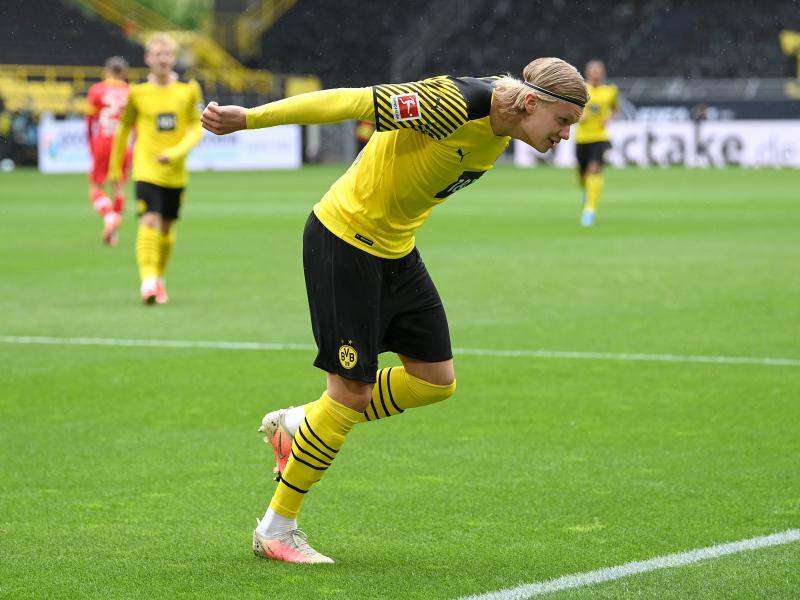 Erling Haaland reportedly underwent medical tests at Manchester City ahead of his transfer this week.

The striker was a major target of the Premier League champions, having turned down Chelsea’s interest last summer.

City have reportedly agreed to trigger the Norwegian’s €75m release clause, leaving the door open for a move.

Erling Haaland to Manchester City, here we go! Haaland passed the medical examinations as a new player at Manchester City today, and returned to Dortmund. It will be official this week 🚨 #MCFC

Man City have told the BVB board that they will do the penalty clause [closer to €60m than €75m] in a few hours. pic.twitter.com/heYobi8S1Y

Haaland is said to have asked Dortmund to allow the announcement this week, before the club’s last game in the Bundesliga.

Once signed, the 21-year-old will become one of the club’s best-paid stars, on par with Kevin De Bruyne, who currently stands at £375,000 a week.

His fees will also be paid in one lump sum, as stipulated in his exemption clause, unlike many major transfers that are paid in instalments.