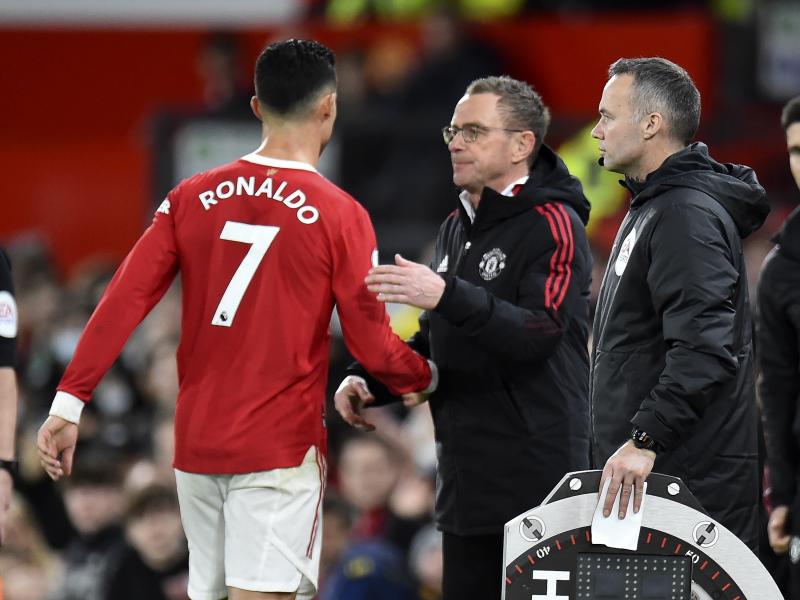 Rangnick was speaking to the media after United’s 3-0 win over Brentford on Monday evening, as he urged the club to sign strikers in the summer. Ronaldo was the man of the match and scored his 24th goal of the season against Brentford

“The way we played again tonight, not just because he scored a penalty and helped in defence, why not be part of the team and help the team?” Rangnick said.

“But that’s a question you have to ask Eric as well as Cristiano.”

“Cristiano is not a central striker. He doesn’t want to play in that position but if you look at international football there aren’t many teams that play with strikers.”

“For me, it’s about what the Manchester United players will be like in the future. It’s clear that United need good strikers.”

“Modern strikers are not necessarily strikers. Liverpool or Manchester City have five or six top-class strikers. If you ask me if Gabriel Jesus or Jack Grealish is a winger or a striker, they can all play there.”

“Mason Greenwood was one player, then after the West Ham game he was no longer part of the team. Anthony Martial was on loan and Edinson Cavani got injured.”

Rangnick, who has already been appointed as Austria coach, has backed United to advance under the leadership of Ten Haag.

“Obviously quite a few players are going to leave the club, so there will be a need for new players, quality players and I strongly believe that if everyone works together in the process, we can raise the bar and bring Manchester United back into the spaces and regions they should be in. “.

The Red Devils have only two matches left this season in the Premier League against Brighton and Crystal Palace.