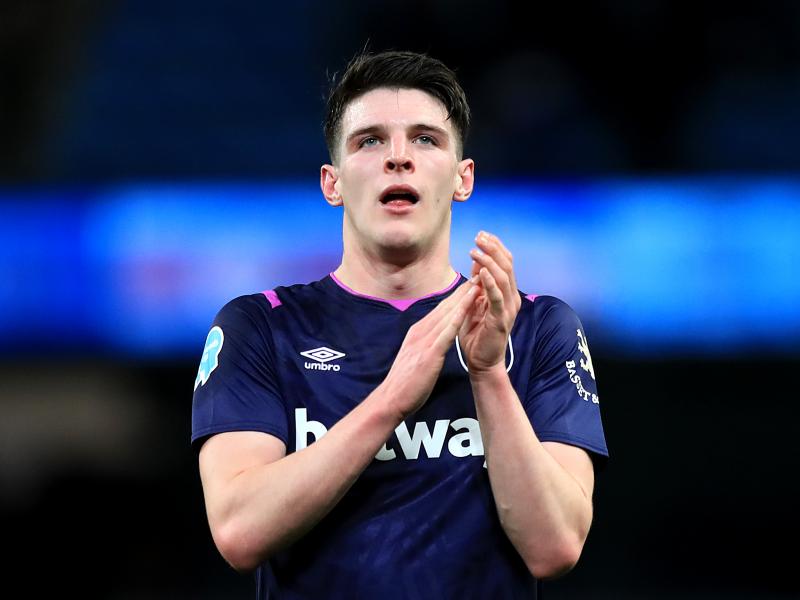 Declan Rice has stated he “can’t control” rumors about his future, with Chelsea and Manchester United reportedly interested in signing him this summer.

The England international had another strong season with the Hammers, making 46 appearances in all competitions and producing five goals and four assists.

Rice’s current tenure at the London Stadium remains over two years, with the option of an additional year, but he has recently declined an extension.

Man United are said to be interested in signing the midfielder in the summer, while Chelsea remain in contact with the player who rejected him from their academy at the age of 14.

On the other hand, West Ham are said to value Rice in the region at £150m, with Hammers keen to retain him in the face of growing rumours.

“I feel like playing well comes with speculation. I’ve had two or three seasons with West Ham and the big clubs across the country will always follow it. It’s not just me, it’s the same for every player,” rice He told Sky Sports News.

“I think it’s important not to get caught up in that. We’ve had a good season with West Ham and there were big games I had to play in so I feel like my focus has always been on that. If I thought about other things I would have been swept away and it wouldn’t be fair to the team. or the manager.

“I can’t help with the speculation, even with the numbers being talked about. I get beaten up all the time on social media, but I can’t help it. I can help by going on the pitch and doing the best I can.” [West Ham teammates] Comfort me all the time. To be honest, it’s crazy to talk about it, so I kind of stop it and do what I do best is play football.”

Manchester City and Liverpool have also been linked with Rice, who scored 10 goals and made 9 assists in 191 games in all competitions for Moyes’ team.