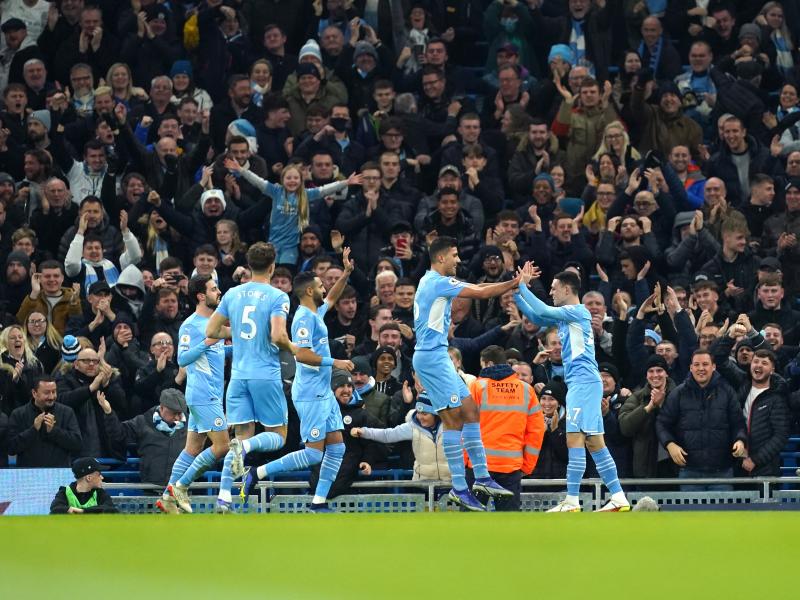 Manchester City beat Real Madrid 4-3 in an exciting match of seven goals in the Champions League that was held at the Etihad Stadium on Tuesday evening.

The win means City maintain their impressive Champions League record at the Etihad Stadium, having not lost at home in Europe since 2018.

As expected from the attacking line-up, the hosts took the lead after just 90 seconds when Riyad Mahrez passed a sea of ​​Madrid defenders before opting for Kevin De Bruyne, who scored the fastest goal ever in the Champions League semi-final.

Even before Real Madrid could settle in, they found themselves two goals behind when Gabriel Jesus, who scored four goals in the weekend against Watford, converted David Alaba in the penalty area to score his team’s second goal 11 minutes ago.

But City had to pay the price for poor finishing when tied up by Karim Benzema, the Frenchman’s 40th goal this season, to reignite the competition ahead of HT.

Pep Guardiola’s team continued the attack and were unlucky to maintain the two-goal difference when Mahrez hit the post before Danny Carvajal valiantly denied Phil Foden’s rebound just minutes after the start of the second half.

Guardiola’s side seemed to prove their grip on midfield in the second half and it wasn’t long before Foden nodded at Fernandinho’s floating cross but Real Madrid hit back with Vinicius Junior’s impressive trajectory and strong finish to punish a missed City.

While Bernardo Silva made a stunning effort past Thibaut Courtois to regain the advantage of the two goals, there will be a final development as Benzema came out with the penalty kick, after Laporte was judged to touch the ball in the penalty area, to score an icy cold. Panenka penalty for the final score 4-3.