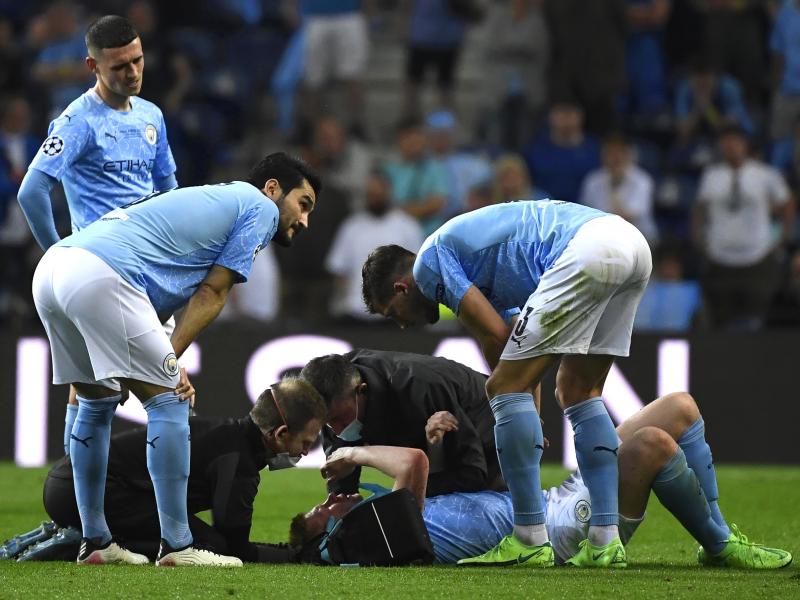 Manchester City coach Pep Guardiola has confirmed that midfielder Kevin De Bruyne was injured ahead of his Champions League test against Real Madrid.

The Belgium international put in a superb performance in City’s 5-1 Premier League win over Watford, but would later have to withdraw from the match after finding himself at the end of a series of poor tackles from the Hornets.

Speaking about the move to rest his captain, Guardiola said: “I have 14/15 decent players and in the last few games Kevin and Aymeric (Laporte) have played a lot of minutes.

“Kevin, it doesn’t look like it, but he plays with some annoying kicks in his ankles, because of the kicks he’s got in the last few games. At 4-1, I think about it. It’s not just Madrid, it’s Leeds too. I’ve seen the schedule.

“That’s why, at that moment, I think the match is about to end and I rest the players who played so many minutes.”

While the Belgian is expected to play through the pain in the Madrid game, Guardiola has other concerns in the midweek match as Joao Cancelo has been suspended and Kyle Walker has an ankle problem.