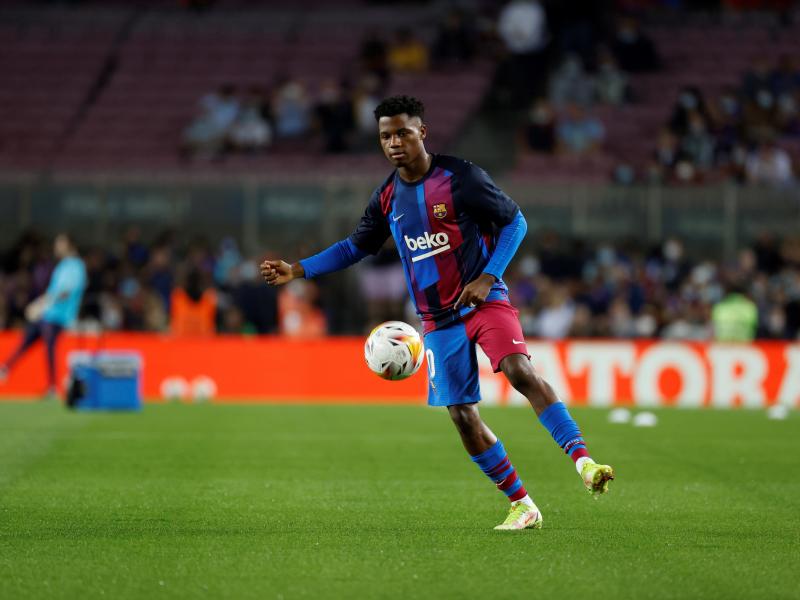 Barcelona coach Xavi revealed the date of the return of young player Ansu Fati from his long absence due to injury.

Fati’s progress with Barcelona’s first team has been hampered by injuries and he has barely had a sniff of matches this season, but according to Xavi, the player is back in training and is supposed to be in the squad on May 1 against Real Mallorca.

The Spaniard suffered a long-term hamstring injury against Athletic Club in the King’s Cup, but was expected to return this week to face Cadiz.

Ansu Fati was expected to be available for Sunday’s match against Rayo, but he will have to wait at least an extra week to be able to play again. Everything is fine with the player, but Barcelona does not want to rush him.

“If all goes well he will be there in the next match, against Mallorca. He is total with the group. It is a very positive note for us and he can help us a lot,” Xavi said.

There are concerns about the player’s return with the club taking all precautions not to rush him back into play. The teenager is looking to make a comeback this weekend as he considers himself to have made a full recovery but his club are worried about another setback after halting his comeback twice already.