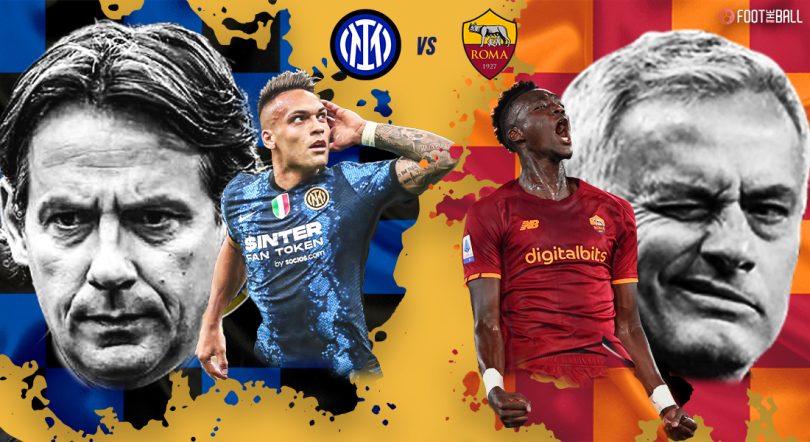 February 9, 2022. Venue, San Siro. Inter fans are paying tribute to the manager by chanting his name to the tunes of “Can’t Get My Eyes Off You”. You may ask what the fuss is about. The praise was not for their manager but for the opponent’s coach. Jose Mourinho, who won consecutive titles and the Champions League with Inter Milan, is still a hero by the Nerazzurri fans.

He will return again to the San Siro to damage his former team on Saturday (23 April). Both teams have big stakes in the game. If Inter wins, it will climb to the top of the Italian league, one point behind Milan, who will not play until Sunday. On the other hand, any mistake by Milan will open the title race.

Meanwhile, Roma desperately need a win to keep their Champions League dream alive. The I’m Georgian They are five points behind fourth-placed Juventus, and a loss or a draw could have dire consequences.

In February, the previous meeting was in the Italian Cup, which ended in a 2-0 victory for Inter.

Inter Milan have a full squad to call up, with only Ivan Perisic and Alessandro Bastoni in danger of being suspended if they are booked against Roma. Inter got 11 points from five matches, similar to Milan, the league leaders. Despite this, the team also struggled to finish matches as evidenced by their 1-1 draw with Torino.

However, the team reached its peak in time, as evidenced by its 3-0 victory over AC Milan in the Italian Cup semi-finals.

Meanwhile, Roma are doing well, having picked up 11 points from their last five matches. Jose Mourinho’s first season in the Eternal City saw many ups and downs.

However, the squad appears to have found its shape in the past few matches, and Mourinho could also hand the trophy to Roma if he can move forward in the conference league.

Striker Nicolo Zaniolo, who is serving a suspension after receiving a yellow card in the previous match against Napoli, will be absent.

Having been sold by Chelsea in the summer, Tammy Abraham hit the ground running in his first season. Thomas Tuchel at Chelsea has deemed the 24-year-old to be over-required. However, the Englishman benefited greatly from this move.

His 15 goals for Roma equaled his best tally in the league, which he was able to achieve in the 2019-20 season.

And if Jose Mourinho wants to compete in the Champions League, Tammy Abraham will have to be in great shape for the rest of the season.

Check this out: What is the ‘Farmers League’ in football

Inter’s relationship with the Argentine striker, the exorcist, is old. Diego Milito, Mauro Icardi and now Lautaro Martinez. The 24-year-old was the man who led the Nerazzurri’s attack.

With 15 goals to his name, he is on par with Ibrahim. He was undoubtedly helped by the arrival of Edin Dzeko, who shared the burden of scoring after the departure of Romelu Lukaku.

Inter can’t afford any mistake, and Lautaro Martinez will be the key if the cup ends at San Siro but for the blue team.

Both teams have a lot to lose, and this match will determine how their seasons turn out. For Inter, it’s a chance to win back-to-back scudettos. And what is even better if they can outpace their arch-rivals for the title.

For Roma, qualifying for the Champions League will not only bring additional money, but also make them an attractive destination for players.