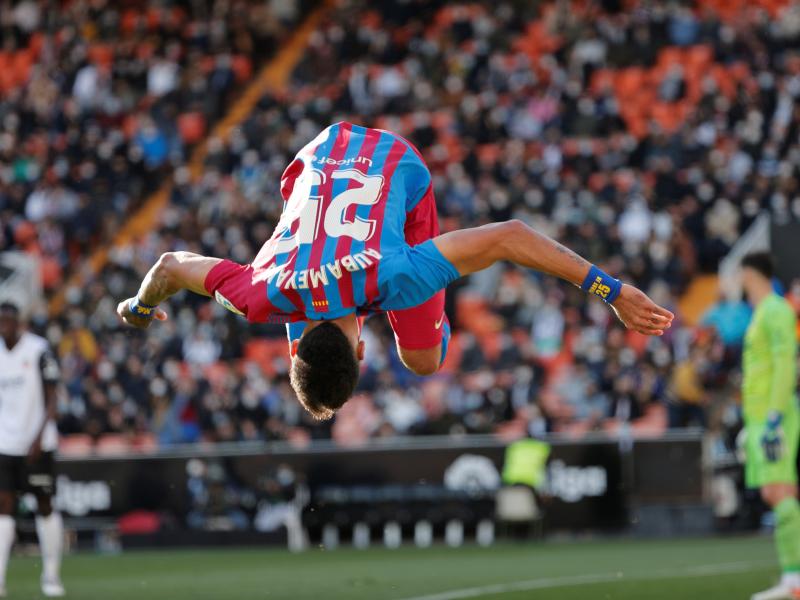 It has been revealed how much Barcelona will spend with Pierre-Emerick Aubameyang for the next year and a half at the Camp Nou.

Oba joined the Laliga giants in January of this year and was one of the most consistent players in a season that started in a slow fashion until the arrival of Xavi Hernandes late last year.

A new report from ElDesmarque claims the former Arsenal captain’s wages will rise to €18m for next season. This means that the Gabon international will receive a colossal sum of €20 million for a season and a half.

Pierre-Emerick Aubameyang, who accepted this season a salary of just €2m to match Barcelona’s FFP salary structure, will take home €18m next season, becoming one of the highest-paid players in the squad. [eldesmarque] pic.twitter.com/za2WGq0drx

Auba has signed a contract with Blaugrana that runs until the summer of 2025. However, it includes a clause that would allow the two parties to end their partnership as early as 2023. It also includes a €100 million release clause.

Having scored ten goals and assisted another in just 16 appearances for the club, the 32-year-old played a key role in Barcelona’s rise to third place in the La Liga standings.