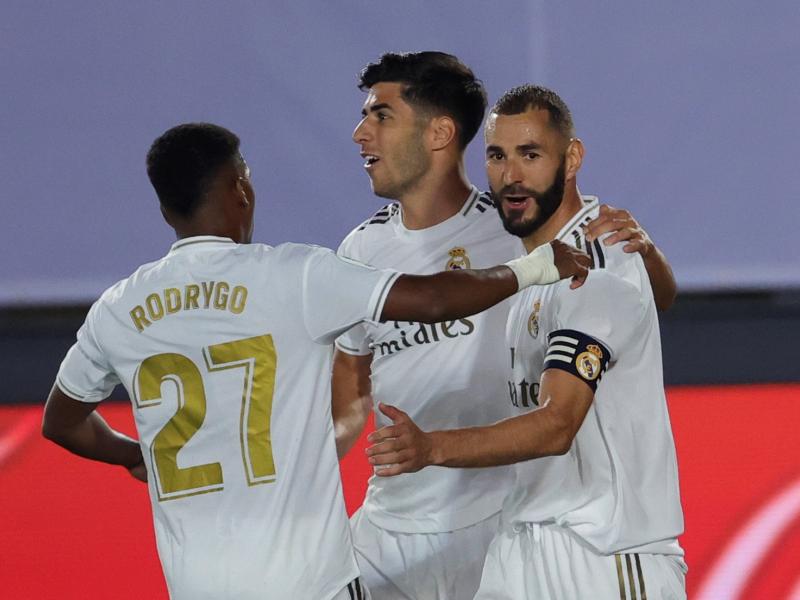 Real Madrid came close to achieving another La Liga title after beating Osasuna 3-1 on Wednesday evening in an eventful match.

Los Blancos now need four points from their remaining five games to be crowned champions for the 35th time.

The match at Al Sadar Stadium was eventful, with in-form striker Karim Benzema missing two penalties within 10 minutes of the second half.

David Alaba gave Real Madrid the lead in the 12th minute, but the hosts responded a minute later through Ante Bodemir.

Real Madrid then regained their lead at the end of the first half as Marco Asensio made it 2-1 with a clever finish.

Carlo Ancelotti’s men had two golden chances to extend their lead before the hour mark, thanks to the hosts being awarded a double from penalties.

Firstly, Chimy touched a cross in the area but Benzema’s efforts were brilliantly countered by Sergio Herrera.

Less than 10 minutes later, a collision between Nacho Vidal and Rodrygo resulted in a second penalty kick, but Herrera, once again, overpowered Benzema, to the astonishment of the home team’s crowd.

However, the capital club held on, and the hosts’ fading hopes of a late equaliser were dashed when Vinicius Junior put Vazquez in third for Real Madrid in injury time.

Real Madrid leads the standings with 78 points, 17 points behind second-placed Atlético Madrid, who tied the same night at home to Granada.