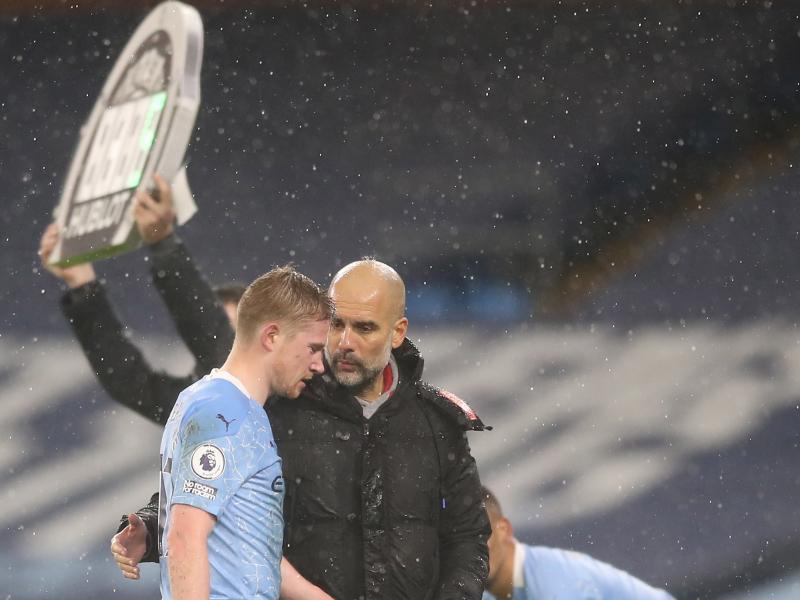 Manchester City coach Pep Guardiola has expressed his dissatisfaction with Manchester City’s schedule, which he said is negatively affecting his players.

The Spaniard revealed that his team underwent “71 treatments” between their matches against Atletico Madrid and Liverpool last week, in an attempt to defend the league title and win the Champions League.

“Our physical team did 71 treatment sessions in the distance between Atletico Madrid and the semi-final against Liverpool. The doctor came to me. But it’s not just for one match, but after these three ‘finals’. He (paramedics) told me like this ‘It was more than a lot’,” Guardiola told reporters. The usual schedule is what it is.”

City’s last four games have included home and away matches in the Champions League against Atletico Madrid as well as the Premier League and FA Cup matches against Liverpool, all within 12 days.

The injuries witnessed the absence of Kyle Walker and Kevin De Bruyne from their defeat in the FA Cup semi-final against Liverpool, after they suffered injuries against Atletico in the second leg.

City are two points behind Premier League leaders Liverpool but can return to the top if they beat Brighton and Hove Albion later on Wednesday.