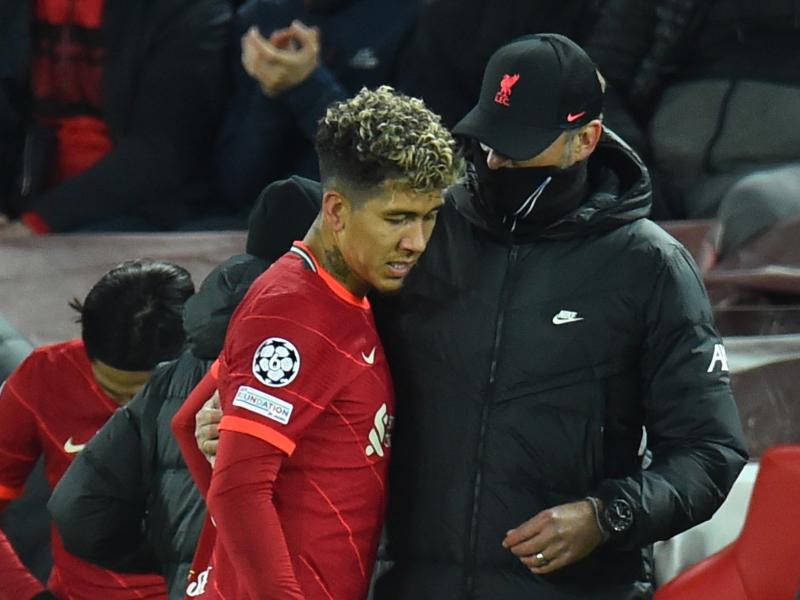 Jurgen Klopp said Liverpool striker Roberto Firmino could be available for selection against Everton at the weekend.

Firmino missed Liverpool’s 4-0 victory over Manchester United on Tuesday evening due to a foot injury he sustained against Manchester City in the FA Cup semi. Klopp is still hoping the Brazilian will be fit for the Merseyside derby.

Klopp told Sky Sports: “Bobby did not participate because in the last stop of the City match, he felt something in his foot.”

“It’s not really bad. We hope so [he’ll be fit for Everton]. Screening, we were a bit worried but the scan was fine. It’s still very painful and that’s why he didn’t have a chance for today.”

“That’s what we need. We need a whole team. That’s what it is. If we could use that, maybe we could handle the intensity. If not, we wouldn’t stand a chance.”

Thiago Alcantara withdrew 10 minutes from the end of the match due to fears of a hamstring injury, but Klopp confirmed that the midfielder was fine.

Thiago was pulled for Naby Keita 10 minutes before full-time with some concerns he had a hamstring injury.

“He ripped off his shorts! I thought he did something else. He told me it was fine. All together now – Daddy.”