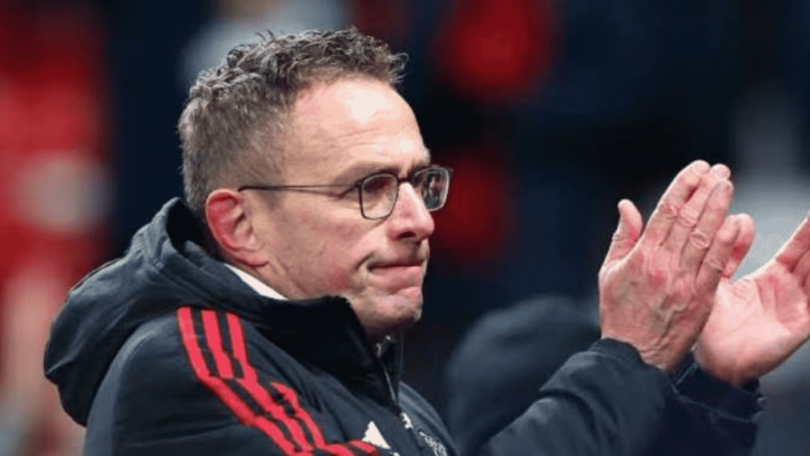 Manchester United interim manager Ralph Rangnick had some strong words for the defenders after they nearly surrendered against Norwich on Saturday.

Rangnick’s team was 2-0 up in the first half thanks to Cristiano Ronaldo’s double, but in the first half, Norwich fell by a goal difference, and seven minutes into the second half, they equalized. This was only the second time that Norwich had scored more than one goal in the first leg this season.

A stunning free kick from Ronaldo to complete a hat-trick – his 60th career hat-trick and his second of the season – spared United’s redness from losing points for the second time of the season against the worst team in the Premier League.

Rangnick is getting impatient with his defence, as most of his post-match comments centered on their performance. They gave him something to talk about again on Saturday and this time the Germans’ comments were harsher than his previous criticisms.

Rangnick said to Sky Sports: “If you look at the two goals we conceded, especially the first, we had the ball on the sidelines but we weren’t physically enough. Once there was physical contact we had to be more physical, more aggressive, but we weren’t.

“It was very easy for me, which is why we are probably the only team in the league that conceded goals like this.”

The German, who is said to have started doing his advisory duties before next season and advocates overhauling his defence, stopped short of saying the defenders were not smart in his post-match comments.

He said: “We should have defended smarter and not let them have two or three transitional moments with playing three for two or four for two.

“Honestly, Norwich could have scored earlier than we conceded the first goal. We could have conceded earlier and that’s why I’m not really happy with our performance when we didn’t have the ball.”

Then Rangnick recalled the previous matches in which his defense almost cost the team the match. “If you think about the games since I arrived, how many games we were ahead 1-0, 2-0 and in the end we only got a point. I mean, that’s easily six, eight points we should have gotten more easily,” he said.

“But that brings us back to the same situation where we didn’t defend well enough in moments like this. And [had it not been for] David de Gea with a great save, we could have been 3-2 behind and then we might have lost the game and that shouldn’t have happened.

“If you want to defend properly in this league, you just have to be physical, and you shouldn’t just allow them to get past ourselves and cross our lines like that.

“That’s what this team isn’t doing well enough, that’s why we’re still in the race athletically but we should have easily got eight more points.”